Hey, guys. It's been.. actually a few years since I'd actually made a topic proper here on SS. Seen a bunch of people migrate from the once-active IRC chat-rooms to the Discord server now, too.

Over the past few years, I've kinda left my old Doom RPG by the wayside -- It got FAR too big for me to do things with and I ended up producing a 'game' that had.. a significant lack of focus, in all honesty. It was a game I made before I turned 18. Pacing, atmosphere, and most of all focus was a foreign thing to me at the time.

I was also.. not very good when it came to critique at the time. Something that I've more or less learned to accept over the years, including with my own artistic projects.

That being said, I'm pleased to announce a potentially.. interesting idea for use in the OHRRPGCE -- A hub-based platformer + RPG hybrid of sorts, which I've dubbed; "Xenophage".

A game that would have the player, as a sort of reptilian / dragonic alien of sorts, navigate the confines of a husk of a ship in space and both solve the mystery behind its seeming mechanical slumber, the monsters that inhabit it, and the history of the nearby world where these creatures originated from -- in the end hopefully prevent them from enacting a most dire master-plan.

WASD Control + Mouse Controls are the input of choice, with improvements that the OHRRPGCE has made over the years being in the spotlight.

As a taste of the base idea, here is my plan for the opening cinematic, hopefully to be improved-upon when I begin making the game proper:

[News Reel:]
It is a monumental day for the Rigeli Xenogon. Within mere hours, esteemed war-ship and her veteran crew aboard the Sona-Erne, complete with fresh blood among their ranks, are due to embark towards the nearest habitable world of the aptly-named 'Genesis 3'.

To serve its purpose of potential life-bringing, the Sona-Erne, once a venerable XenoTech Supercarrier, has been fitted with necessary crew compliments, such as a self-sustainable plantlife / food-growth grove, artificial park environments, recreational activities both physical and electronic, and full civilian-level small-scale commercial activities.

Flanked by the finest in military crewmen and civilian compliment alike, the Sona-Erne and her counterparts will undertake a two-month journey into previously-unexplored deep space, in order to reach this newfound world.


At the helm of this operation is none other than famed Captain Vah'Shi E'den, representing from his own Major House and son of current-lord Ma'Siz E'den. With astounding co-operation between the two rivaling houses of Ci'Karan and E'Den, the Sona-Erne boasts only the finest in both military ordinance, and interstellar-travel superiority.

With the possibility of a new habitable world to expand our roots, only time will tell if the dreams of expansion into deep space might soon become a reality..

[The Sona'Erne remains dormant above the planet. It drifts slowly away from the lush green world, the sun of the nearby star illuminating its otherwise dark hull.]

[A low beeping is heard, echoing through scenes of dark corridors on the vessel.]

[Eventually, the camera focuses on a Xenogon female, the protagonist, waking up on what appears to not be proper bedding, but rather a hospital operating table. She appears to groan and lift herself to her feet, a hand rubbing her head. Pulling away, she notices a tiny amount of smeared blood upon her hand.]

Ka'Din: "Nnnggh.. I must have taken a bad step. I don't seem to have fully recuperated.."

[Once getting up from the table, the player has full-control of the character.]

I've studied and made strides to improve my artwork, both in the realm of pixel-art, and in traditional pen and pencil / canvas / tablet form as well, with examples below: 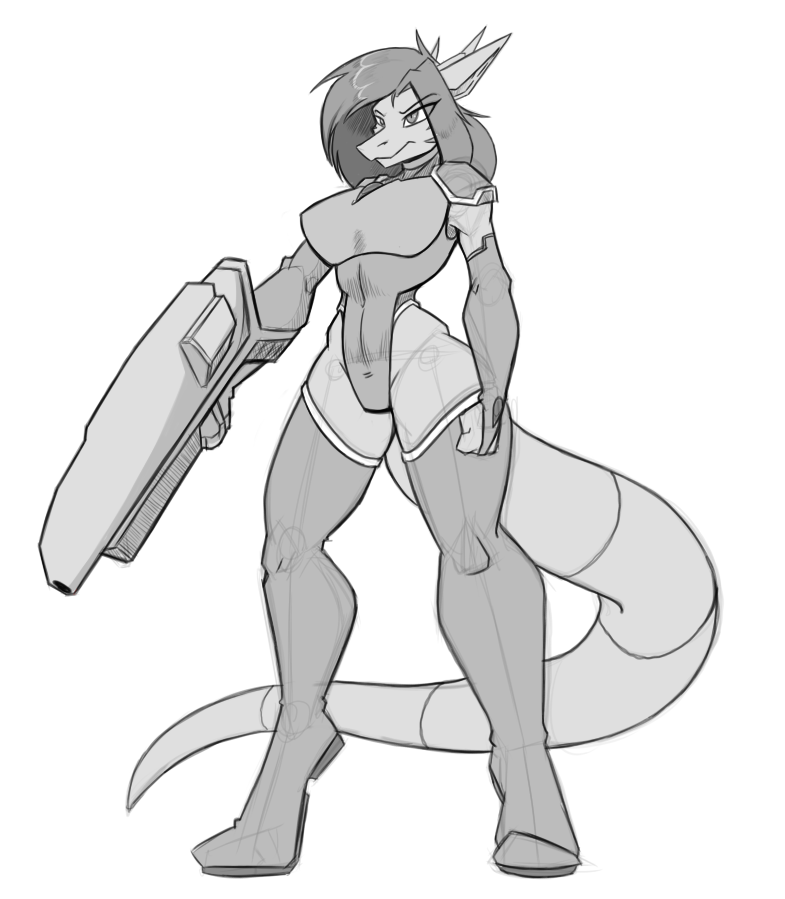 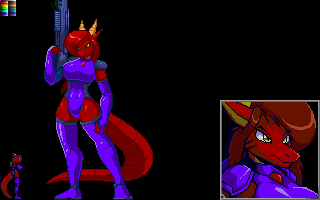 The pixel-art is a bit older, before the latest concept image posted above it.

I hope to get this off the ground and have more to share later-on, but this is at least a start to organize my ideas and hopefully return to the world of game-development.. and more importantly, using the OHRRPGCE to do so.

Trying out portrait images again, compatible with the OHRRPGCE!

Still lots to work on. I'll get back to this later!

Hey, guys! Update with things and all

This time, more concept and sprite-art! 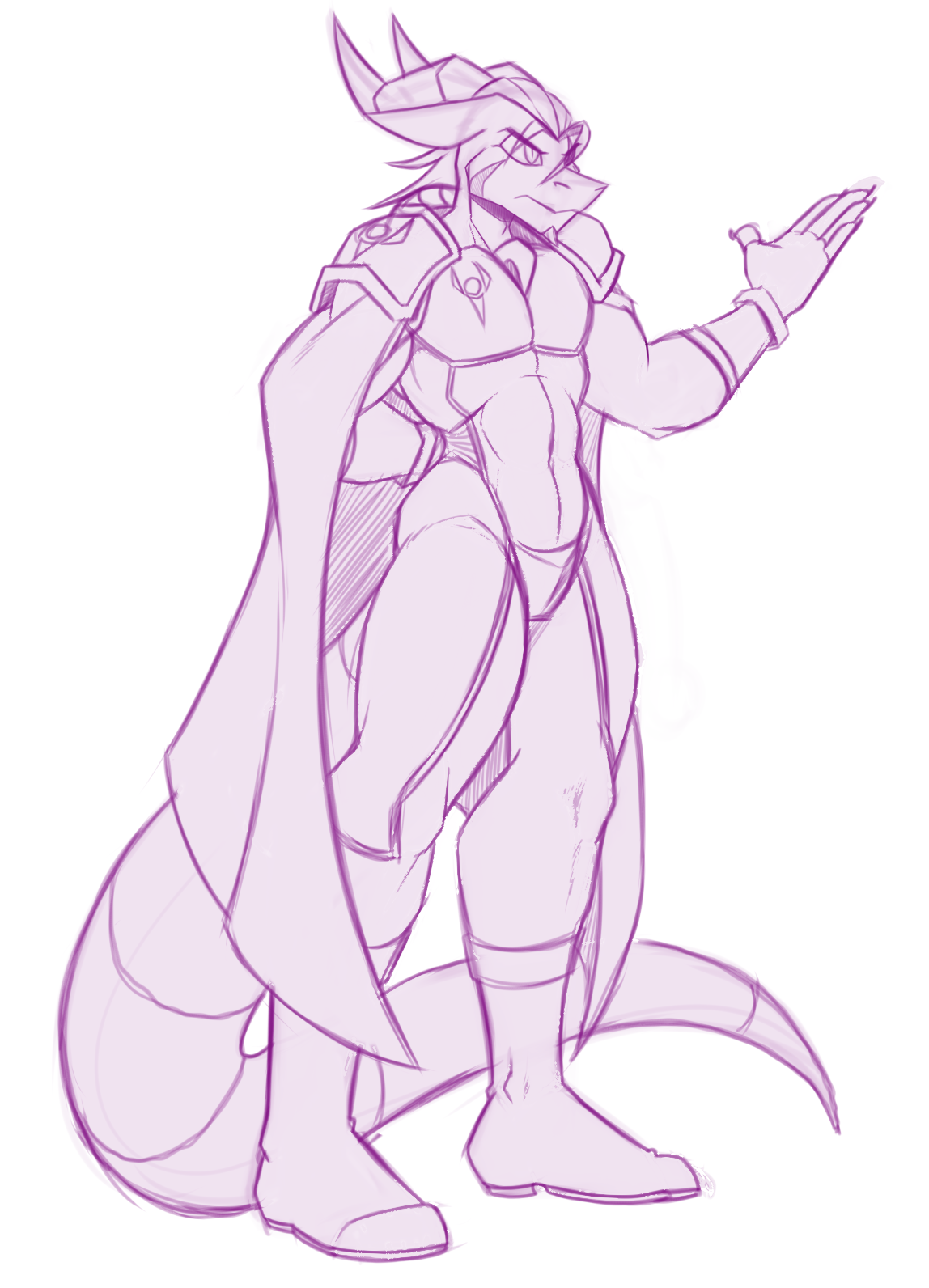 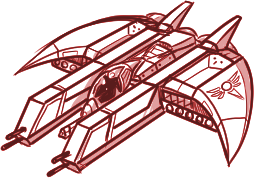 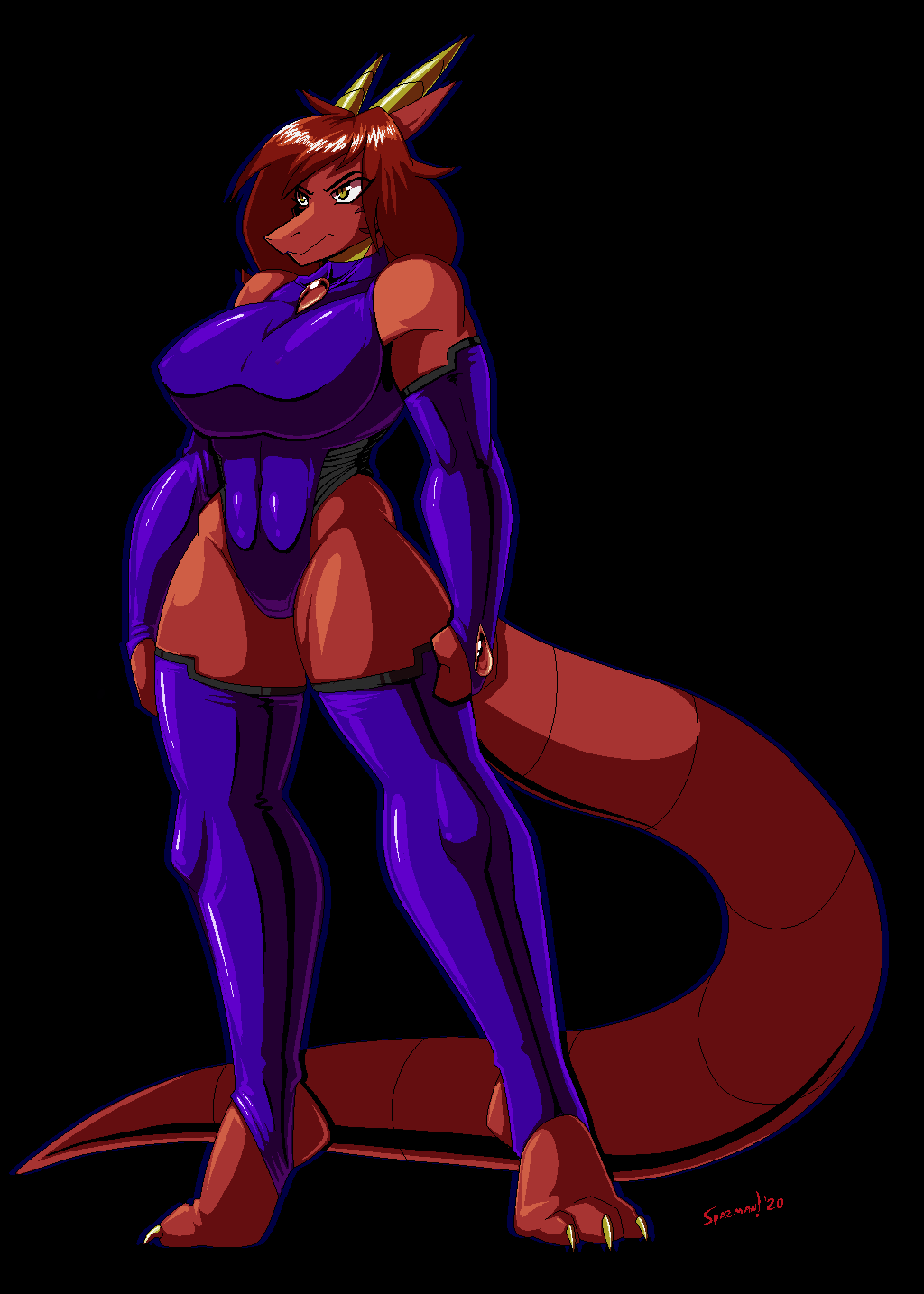