Today is a super huge day for Red Triangle Games. Some of you may know, but since April, Soda Piggy and I have been working on a demo for the web comic Axe Cop, to pitch to it's creator. The creator approved and accepted our idea and we are now making an official game.

Batman & Robin was stupid popular online for the most obvious of reasons. I was planning a BR2, had a whole story planned out and even had 8bit and Glock lined up to score it. Well once the game was removed from Google Play I thought this was something beyond my grasp. Axe Cop takes pretty much all of my BR2 ideas, combined with what I was doing for Red & Blue and morphs them into one game.

I'm handling the map art, with Soda Piggy overseeing it, and doing all game design. Soda Piggy is handling large format art (including those amazing promo graphics at the top of the post), such as battles and backdrops and such along with music. We're planning to release the game for the 10 year anniversary of the comic, either December 2019 or January 2020. I've planned out the entire roadmap of the game and it's pretty smooth conceptually. Surfasaurus was a lot to plan, and it definitely helps having a game like that under my belt going into this one. 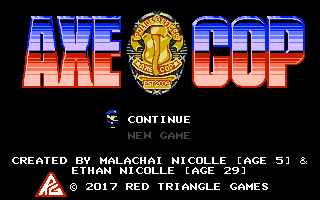 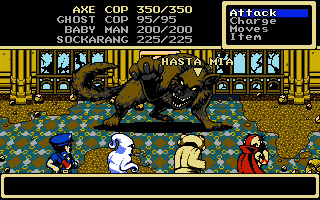 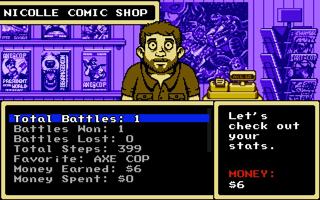 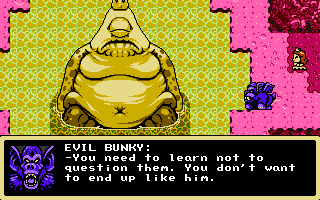 This game's production will be slower until Surlaw's Kaiju Big Battel is finished, and then we'll likely kick into full steam when Soda Piggy is freed up. Check out Red Triangle Games!

Yay! I am excited about this!

And that promo art looks great :)

I remember catching an episode or 2 of this years and years ago. It's the show created by a 5 year old and his older brother, right?
Looks really professional, loving the tiles and especially the uniqueness of the walkabouts. vvight.wordpress.com

Wow! Looking really good so far. Battle graphics are especially impressive, but I really like the walkabouts too. That volcanic area has some very Pokémon-esque rock walls -- I can tell it's not the same exact tiles (these are definitely built with 20x20 tiles in mind vs. Pokémon's 16x16), but there's definitely a similar overall look to them.

I remember stumbling across the Axe Cop comic years ago... seemed like dinosaurs were a recurring thing from what I remember, so a gang of dinosaurs seems like it would fit in just fine (wasn't there another cop that got turned into a dinosaur, maybe with cyborg limbs or something? I can't remember for sure.) From what I remember the whole idea was basically "little kid comes up with wacky stories, then adult draws/writes them as a comic" -- was there a TV show of it too at some point? I see people mentioning episodes, but I don't remember there being anything other than the comic. Of course, I also haven't really watched TV in years. XD Bok's Expedition -- DONE! Go play it!
FYS:AHS -- Underschool tunnels (west side) mapping and etc.
Puckamon -- Not until the reserve party is expanded.

The OHRRPGCE and its community have come a long way.

It looks excellent; amazing to have a project like that!


RedMaverickZero wrote:
Soda Piggy is handling large format art (including those amazing promo graphics at the top of the post), such as battles and backdrops and such along with music.


They're so good, I assumed they were Axe Cop 'franchise material'.
Oh, so Soda Piggy is doing (all?) the music as well? Busy guy!

The TV show and the comic are so very different. I think what the show does well is capture the tone of the comic, but it certainly butchers a lot of the stories. They're so good in their own right, and to hack them up and then use elements of them and not tell the story as it was written just feels like a disservice to the material.

Regarding the art style... Phoenix told me I was in a rut with my art style and it was true. I spent the early parts of the year studying the old Zelda style from Gameboy. I loved those games and thought... I could do my own version of this. It's why Mr. Triangle's Maze looks how it does and why this does as well. The game art is heavily inspired by that and the Gameboy Pokemon tiles. I was studying the rock formations, you're right Frrnf, and Soda helped me adjust them. I'm not as good as him, the world knows it, but I won't learn how to be better unless I do it. I think the arrangement of him being a graphical consultant is beneficial to both of us. Check out Red Triangle Games!

There's a bunch to share, but I'll cherry-pick the two most recent things. 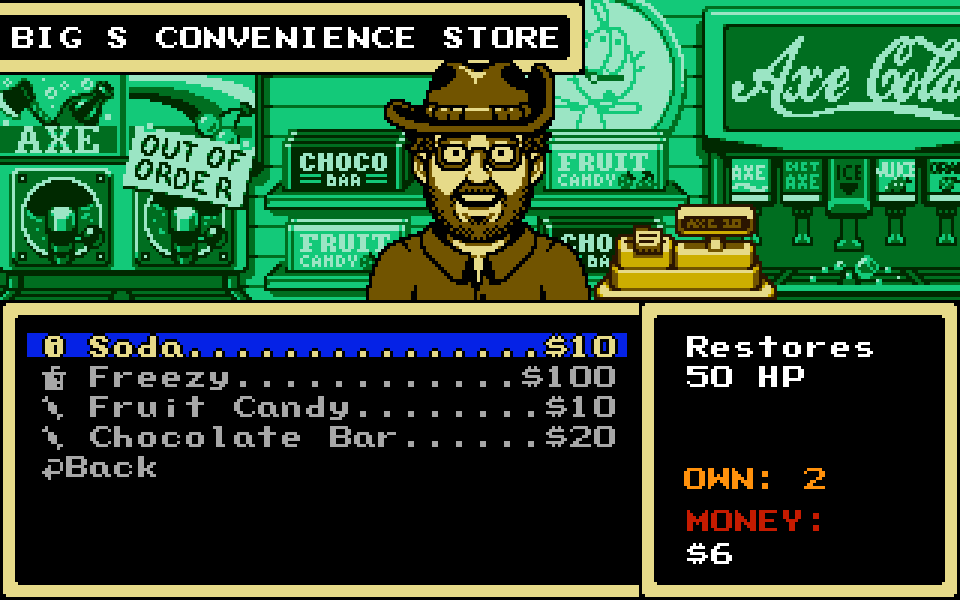 The entire town is huge, and Soda Piggy and I decided not to do insides of buildings besides the main hub building to kind of keep things moving quickly and also to try something new. So I made these custom shops and Soda did the large format art. For this shop we have our very own James Paige as the shop keeper. Shop keeps up with the money and total number of units you own already. The thing that's interesting to me about it is it's a regular menu with some code James showed me to keep track of stuff.

All the art here is me, so that's kinda cool I think. Learned this the other day from James, but the scrolling effect is just map layers embedded as slices. I needed to just get the characters on the screen so disregard the details of the positioning of them for now. Characters are attached slices or slice collections with their own timers so they can animate onto NPCs. Check out Red Triangle Games!

I am honored to be thusly depicted, and I love the extra touch of the clock in the background.

When we were first talking about how to do the scrolling cloud layer effect, I had not anticipated how awesome it would look in the actual screenshots.

I am excited about this game
­TMC
Metal King Slime

Right, well, that all looks fantastic! (Although at those prices Shopkeep James might not sell me anything) I like the little cloud-let particle effects as you burst through the clouds!

Oh, it's the Bob clock! I was wondering that green line at the center was.

Really excited at how much you all are enjoying our work the Axe Cop game. We've been really giving it our all with this one! RMZ has done some amazing work with the story and scripting, and he's doing all the map art too. I'm really grateful to be along for the ride.

@TMC Glad I was able to fool you! Ethan definitely has a very specific style and it can be hard to mimic, so I'm super glad to know it's coming off like I was intending.

@Bob the Hamster James, likewise, I'm honored to depict you thusly. Having you in the game should be a really good easter egg for anyone who's been in or around the OHR community in the past.

Thanks dudes! Here's a couple more. Demo 2 is getting super close to being done.

First person to guess who this is based off (Tom from Tom's Fruit Stand was never drawn in the comics so we picked a fruit guy to base off) will win some type of prize later on.

We're doing a game adaptation of a massive story so not all of the primary stories will be told 100% accurately since we need to string together a story and ground it to the game world. In the comic book Avocado Soldier has the unicorn horn and wishes for the dog to speak. Soda and I agreed that since in the Axe Cop world a unicorn horn was basically the ultimate weapon to kill or do anything, we'd leave them with the uni-people they belong to and then utilize them in situations like this. That baby being in a jail cell is a part of our game plot as well. Check out Red Triangle Games!

So each character has something unique about them in and out of battle. I'm getting near the end of demo 2 and I realized that the next demo won't be for quite some time since Soda Piggy will be focusing hard to finish Kaiju with Surlaw. I had the majority of the code done for the fourth hero and figured, what the heck, I'll just put him in the end of the demo for people to play with to get hyped for Demo 3.

His name is Sockarang and he throws socks on his arms like boomerangs if that wasn't obvious enough. He's going to be able to throw his socks and have them be controlled via remote control boomerang. I have a little more to do for this but the core mechanics are done. It's so cool I had to share. Check out Red Triangle Games!