Hello game making game playing people. I'm working on a new game about giant monsters punching each other. This was originally planned way back in 2014 but life got bad and complicated; stuff's stable now and work is back on. Here's the press release: 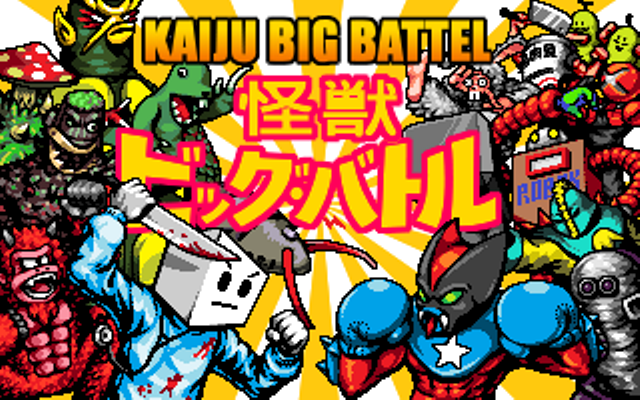 We're very happy to (re)introduce Kaiju Big Battel: Fighto Fantasy! With graphics by Soda_piggy and music by Glock & mr8bit, this title is a turn-based RPG that brings the giant monsters of Kaiju Big Battel into a 16-bit role playing world along the lines of the SNES Final Fantasy games.

Designed for Kaiju fans and newcomers alike, Fighto Fantasy takes American Beetle, Silver Potato, and more on a quest through time and space as they work to undo damage caused by the evil Dr. Cube, who has begun rampaging through history. With seven main playable heroes (and a secret one to unlock), players explore six time periods and punch out dozens of deadly monsters.

Keep watching the Super Walrus Land Facebook page for more updates! If all goes well, we're aiming for a late 2016/early 2017 release on PC and Mac, with an Android release to follow. We'll need your help with some votes to get the game on Steam once the time's right!

Most people here don't know what a Kaiju Big Battel is. It's a live-action performance where dudes dress up in big foam rubber suits and beat each other senseless. You can learn more here: http://www.kaiju.com/index.htm

This is an officially licensed product and KBB's been very supportive of it so far. New content is going to be posted every Friday on this blog: http://kaijubigbattelgame.blogspot.com/ 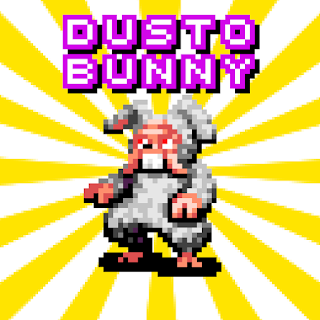 In Fighto Fantasy, Dusto Bunny helps keep our Hero Headquarters in order, even though he's a bit of a slob. In combat, he plays a support role, using his meditation and sick dance moves to heal and buff his allies, but he can punch with the best of them when he really needs to! Dusto Bunny has a couple of elemental attacks that involving tossing dirt in the enemy's eye. The wise, filthy hare will be an essential part of your party. Super Walrus Land: Mouth Words Edition

My heart is filled with foam-padded Joy!

Looking forward to seeing some screenshots :)

Oh dear, this looks exciting! I'm a sucker for monsters and fighting and monsters fighting, so this seems right up my alley.

Super cool! I remember you mentioning something about a big name licensedproject and always wondered what'd happened. I assume this is it?

Yeah, I negotiated with them in 2014 and it's all good to go now. Story, character, game idea approval, etc. The whole thing's been a slow process but we've got a pretty good system worked out now.

There's been pretty solidly positive responses from Kaiju fans so far, even if I'll have to disappoint them by not releasing an iOS/Xbox version as requested. Super Walrus Land: Mouth Words Edition
­TMC
Metal King Slime

Oh man, I loved that show! Looking forward to your take on it in game form, man.

I've had a couple thoughts about making a Kaiju Big Battel fangame before but I had literally no good ideas beyond the concept itself. The writing in your games always deliver! NO EAT 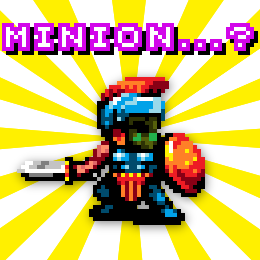 Armor? A sword and a shield? When did Dr. Cube's Minions get these upgrades?!

This week's enemy is a Roman Minion, one of the first enemies players will encounter on their time traveling adventure through Fighto Fantasy. Dr. Cube has traveled through time and space, warping the minds of innocent people throughout history. Ancient Rome is the game's first zone, and waves of soldiers-turned-Minions will fight to keep players from reaching the center of the Colosseum, where a fearsome monster and an extravagant wrestling ring awaits. Super Walrus Land: Mouth Words Edition

Beautiful graphics. Kaiju Big Battel is semi-popular over on reddit.com/r/squaredcircle, which has a huge amount of subscribers. Might be a good place to drum up interest in the future. vvight.wordpress.com

The reflections on the metal are sick as hell! There's only one thing I gotta ask: Is the shield meant to look like the top bun of a burger?

Gizmog wrote:
The reflections on the metal are sick as hell! There's only one thing I gotta ask: Is the shield meant to look like the top bun of a burger?

It wasn't meant to be, but maybe it will be now. 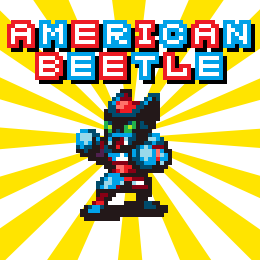 American Beetle is the first hero you'll take control of in Fighto Fantasy. Before the main plot kicks off, players will take Beetle into the ring for a one on one match with Dr. Cube, and we all know things won't go smoothly. Beetle uses passionate, flaming punches to deal fire damage to enemies and can use a patriotic cheer to boost his attack power before landing a blow Super Walrus Land: Mouth Words Edition 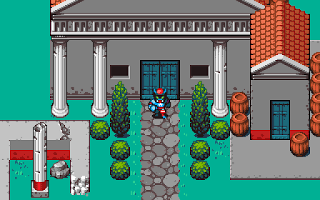 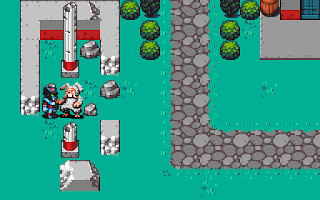 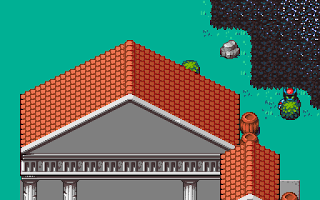 And the walktall sprites look great. I had not realized you were doing that for this project

I'm very happy with how well Walktall works and how easy it was to set up. Makes the whole world feel pleasantly beefy. Super Walrus Land: Mouth Words Edition