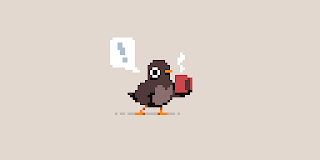 In the Spring OHR Open Collab, EVERYONE wins!

Have you ever wanted to join up with someone and make something?
Were you a fan of the random colab contest?
Did you see the community game thread before it became the swordplay thread and think about joining in?
This is the event for you!

How to join:
Post in this thread as a scripter, an artist, or a helper and then you will be assigned to a team of other like minded individuals and given 2 weeks to make something playable.

What's a helper you ask? If you don't think you are an artist, and don't think your strengths lay in scripting, you're a helper. A helper assists both the scripter and artist as well as helps with all the other things, like making text boxes, mapping, inputting stats, writing the story, and so on. This position should help newer individuals join in, as well as allow people that are very talented in other positions to join other strong individuals.

You can sign up anytime before the beginning of the contest, which is March 20th. Games due on April 5th.

Rule: Every member of the team has to approve the team's game that is entered into the contest

Everyone who enters and is part of a team that submits a game will have their $5 entry fee into the Summer Slam contest covered.

Each member of the winning team will get a box of random prizes. (assuming they provide me with their address and consent)

I'm in. I can do some of everything, so put me down for a helper. Check out Red Triangle Games!

Put me as a helper, I'm much better at writing than art or scripting the quirky recurring villian of the ohr community

okay but what about musicians Have a flower! ^-^~* (she/her)

I'll join as a scripter. My pronouns are they/them
Ps. I love my wife

I just remembered, isnt the RGC supposed to be in March? Maybe we should do this thing in late April instead the quirky recurring villian of the ohr community

Wacky idea, but what if we merged those two contests together? The Ridiculous Collab Contest? Check out Red Triangle Games!

There can be more than 1 contest at a time.
Also, any contest not yet posted on the forum doesn't exist yet and couldn't possibly be scheduled around.

alright im in...
artist/scripter/helper, whatever needs balancing on the team front.
use me however you want boss ;) no "wall on one just one side" business
- Rav

I'd like to join in as a helper, or as a junior scripter, if that's a thing you can be? I have professional programming experience, and I can generally figure out how to make things work in HamsterSpeak without any trouble, but I don't have the experience with the OHRRPGCE specifically that's necessary to script things quickly. I end up having to spend a lot of time looking things up in the plotscripting dictionary, or writing a few lines of code and then testing it in the game to make sure those lines are doing what I thought they would. "It was right through those trees; I'm not insane
That's where the fin tried to drag me in
Don't look at me, look at where I'm pointing
Close your eyes, see what I see, Canajoharie..."
-- They Might Be Giants

I wanna get a free ticket for summer lottery(and steal all your money) so put me in pls
I do art, music/sfx and plotscripting, but can complete some team as a helper if there be need to save my precious time
Themes will be known at the start I suppose? eight days a week

I'll toss up some music that any and all teams can use.

Is there any decent free music editing software available these days? If not, you will get a capella songs from me or something. Mega Tact v1.1
Super Penguin Chef
Wizard Blocks

If you want a standard DAW, Reaper is really good and you can "evaluate" it indefinitely My pronouns are they/them
Ps. I love my wife