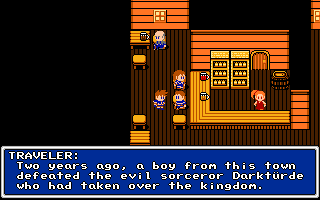 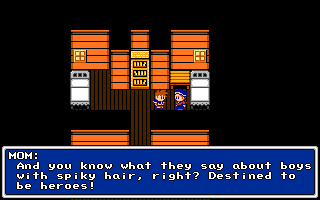 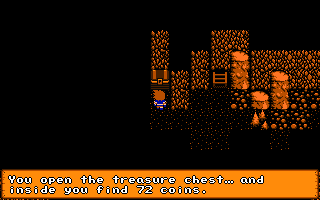 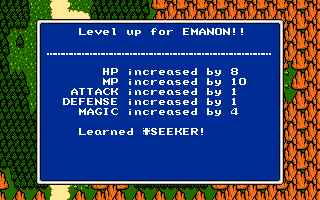 The formulas could definitely use some further tweaking -- there needs to be something preventing people from just grinding their stats up into insanity by fighting weak enemies for hours, for one thing. Right now fighting a lot of weak enemies will lead to bigger gains than fighting a few stronger enemies, which is definitely a bit backwards. I know I'm already planning on having running away only increase Speed, so that you won't be able to cheat the system by getting your HP or MP really low and then running away from enemies that are no threat. Maybe the after-battle script that counts up stat points can also check your level and decide, based on the current map or zone, "nah, you aren't getting more than 1 attack point no matter how many 4 HP bugs you slash." But for now, they work. I'll worry more about rebalancing this stuff when I get the game to a point where you can actually have more than one party member. FYS:AHS -- Swapping out some step-on NPCs for zones + each step script
Puckamon -- Not until the reserve party is expanded.[/size]